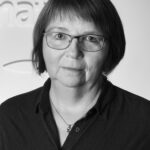 Biodiversity in hot springs in Krísuvík and Gunnuhver in Reykjanes: Research carried out due to the Framework Plan for the utilization of geothermal energy in high-temperature areas

A total of 304 sequences of real bacterial species were obtained in the area known as Seltún. These species are spread over 26 species which in turn are spread over 10 camps. The primitive species of the Aquificeae array house over 80% sequences and are therefore predominant in these samples and are primary producers in the ecosystems of the hot springs. Five species within this array were found in the samples from Seltún. Other species are mainly classified into different groups Proteobacteria (13%) but they are a very diverse group. Other species found are sparsely populated and less important here. A total of 81 sequences of ancient bacterial species were obtained from the Seltún area. Most of them or space 90% are classified as Thermoplasmatales within the Euryarchaeota class, but this is a heat and acid species. Other ancient bacteria in the samples in Seltún belong to the Chrenarchaeota group, mostly to the genus Desulfurococcales.

A total of 56 actual bacterial differentiations were obtained from the hot springs at Gunnuhver. The vast majority of them (about 70%) belong to the primitive class Aquificeae, but about 30% to different groups of Proteobacteria. The ancient bacteria in Gunnuhver are homogeneous as they are all of the genus Sulfolobales which is a very heat and acid group. 1 Overall, it can be said that the area around Seltún shows a typical pattern of a peripheral ecosystem where one species is predominant and other species are spread over various factions. The calculated biodiversity in the samples was relatively low or in the range of 1.0-2.0. For comparison, the same coefficient calculated for samples from the Torfajökull area and at Ölkelduháls was in the range of 1.1-4.7. The environmental conditions of temperature and acidity in Seltún and Gunnuhver are not on the edge, but it is likely that substances and compounds in the hot springs and clay can affect the diversity of the ecosystem, ie. which species get thrive and which do not.

Rare species that had only distant relatives in Genbank were found in the Seltún samples, among others. In most cases, however, there are only 1-2 representatives of the species in question. Most of these distantly related species were classified as Proteobacteria and Acidobacteria.

Matís - Prokaria will probably continue to work on sampling and species analysis in the Krísuvík area. The intention is to include these results in a final summary of the ecosystem in hot springs in Iceland in the last year of the Framework Program.