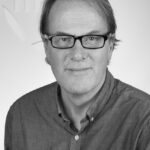 Matís, RORUM, the University of Iceland, the Technical University of Denmark (Danmarks Tekniske Universitet, DTU) and Fiskeldi Austfjarda (Ice Fish Farm) have teamed up on the project BIOTOOL. The project aims at developing new genetic methods for monitoring seabed ecosystems during fish farming in sea cages.

BIOTOOL is a large-scale project, which is unique in that it will use a database spanning over 20-years and advanced technology to study and monitor changes in animal communities associated with fish farming operations. The aim is to develop an economically feasible and more accurate method for monitoring changes in benthic fauna during fish farming, which will both increase efficiency and sustainability as well as being an important guidance tool for legislators.

The BIOTOOL project is based on long-term data on the diversity of benthic invertebrates below and near fish farms and how species composition and biodiversity changes with increased organic load associated with fish farming. In the project, the latest genetic technology in environmental research will be applied, where environmental DNA (eDNA) will be used to measure changes in the bottom habitat under and close to sea cages. The project will use a state-of-the-art Environmental Sampling Processor (EPS) to selectively isolate genetic material directly from seawater and quantify the genetic material from five animal species. The project aims at defining five invertebrate species, indicator species, which show variation in number of individuals with changes in organic load from aquaculture. Genetic eDNA markers will be developed in the laboratory before the method is adapted for the ESP, which can be placed in fjords around Iceland for automatic monitoring of organic load.

BIOTOOL is funded by the Icelandic Technology Development Fund.