The effect of different pre-salting methods (injection salting with or without phosphate, pickling and brine salting) on the water and salt distribution in dry salted cod fillets (Gadus morhua) was investigated by proton and sodium NMR and MRI methods. In addition, the salt and water content were assessed, as well as water resistance. The results indicated that spraying with salt and phosphate resulted in a more uneven water distribution in the fillets compared to other pre-salting methods. On the other hand, brine-salted fillets had the least homogeneity in salt distribution. Fillets from all sample groups had stains with unsaturated brine, but such stains can increase the risk of microbial damage in the fillets during storage. The effect of the pre-salting methods remains throughout the processing process on both fully salted and dried products. As homogeneous water and salt distribution were not achieved with the pre-salting methods studied, further research into the salting process is needed.

The effect of different pre ‐ salting methods (brine injection with salt with / without polyphosphates, brining and pickling) on the water and salt distribution in dry salted Atlantic cod (Gadus morhua) fillets was studied with proton and sodium NMR and MRI methods, supported by physicochemical analysis of salt and water content as well as water holding capacity. The study indicated that double head brine injection with salt and phosphates lead to the least heterogeneous water distribution, while pickle salting had the least heterogeneous salt distribution. Fillets from all treatments contained spots with unsaturated brine, increasing the risk of microbial denaturation of the fillets during storage. Effects from the pre ‐ salting treatments remained throughout the processing line to both dry salted and dried products. Since a homogeneous water and salt distribution was not achieved with the studied pre-salting methods, further optimizations of the salting process, including the pre-salting and dry salting steps, must be made in the future.

Water distribution in a variety of products from Icelandic fully salted cod was analyzed using proton magnetic resonance imaging methods. The products were both flat and filleted, in addition to which they varied in terms of fishing methods, processing before or after death hardening, pre-salting methods (injection salting with / without phosphate, brine and brine salting) as well as the choice of injection machines. All products had an even water distribution, but the homogeneity depended on processing methods. Double injection of salt, as well as simple injection into a muscle before death, led to needle punctures in the muscle, which were even detectable after "kench" salting. Analysis of relaxation time indicated that brine salting led to high muscle protein depletion compared to other pre-salting methods. Injection salting led to a salt-inducing swelling in the muscle, and this effect was maintained even after the "kench" salting step. Multivariate analysis of all variables showed that the MR methods are powerful methods for evaluating the processing properties of products, as well as for maximizing processing methods.

The water distribution of various commercially available Icelandic heavily salted Atlantic cod) products were analyzed with proton magnetic resonance methods. The products varied in choice of catching method, in pre ‐ or post ‐ rigor processing, flattening or filleting cut, and pre ‐ salting technique (brine injection with salt with / without polyphosphates, brining and pickling) and choice of brine injection instruments. All products had a heterogeneous water distribution, but the level of heterogeneity was dependent on the handling during processing. Double brine injection and brine injection into pre ‐ rigor muscle lead to needle traces in the muscle, even after kench salting. Relaxation time analysis indicated that pickle salting leads to the highest degree of protein denaturation in the muscle of the analyzed pre ‐ salting methods. Brine injection lead to salt ‐ induced swelling, which effect remained after the kench salting step. The multi ‐ parametric analysis performed indicated how powerful the MR methods are for process and product characterization and optimization. 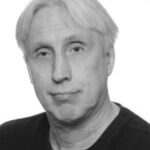 Research was carried out on the ecosystem in hot springs in five high-temperature areas in Iceland under the framework of the Framework Program in the years 2004-2009. The aim was to answer questions about the extent and nature of the variability in microbial flora between high-temperature areas in Iceland, which were studied mainly in terms of diversity and rare groups. This report summarizes the results obtained from the above studies. The areas that were examined were the Hengill area, Torfajökull area, Krafla / Námafjall, Krísuvík and Vonarskarð. Furthermore, the results of a similar study carried out for the environmental assessment of the geothermal areas at Þeistareykir and Gjástykki were included in this summary. A total of 115 samples were taken in the six areas and a species composition in 80 of them was analyzed. Species-identifying bacterial and archaeal bacteria in the DNA from the samples were amplified and sequenced. The sequences were classified by affinity and classified by species or genus by comparison with comparable sequences in Genbank. A total of 4424 bacterial sequences and 1006 ancient bacterial sequences were detected from the samples. The distribution of bacteria and ancient bacteria in the samples was examined and it was found that 16 bacterial assemblages were found in most areas and species of the Aquificae array were most common, as they are often primary producers in hot springs. Species of the β- and γ-proteobacterial and Deinococcus-Thermus factions were also found to a significant extent in all areas except Krísuvík. In addition, several other factions were found in individual areas. Within the ancient bacteria, Crenarcheota species were found in all areas, Euryarchaeota species were found in Vonarskarð and Þeistareykir, Thaumarchaeota was found in Vonarskarð and in Krafla / Námafjall and Nanoarchaeota in the Torfajökull area. Calculations of biodiversity (H) microorganisms in the six areas showed that the Krafla area was the most diverse, then Torfajökull, then Vonarskarð, Þeistareykir, Hengill and finally Krísuvík. The assessment of biodiversity by calculating the collection curves largely supported this conclusion. Biological specificity was assessed on the basis of rare species by ≤96% corresponding to close relatives in Genbank. A total of 74 rare species or genera were found in the samples and they seemed for the most part regional and it is not unlikely that some of them are endemic. Most new species or genera were found in the Torfajökull area. Vonarskarð, Krafla / Námafjall and Þeistareykir had slightly fewer rare species or genera. New tribes were also found in the Hengill area, but not to the same extent as in the former.

Culture independent methods were used to study the microbial composition of hot springs in five geothermal areas in Iceland in 2004-2009. The aim was to answer questions on the degree of biodiversity and to what extend the species found were unique to the sites investigated. In this report the site specific research results were combined and compared. The geothermal sites investigated were the Hengill area, the Torfajökull area, the Krafla / Námafjall area, Krísuvík and Vonarskarð. Results from a similar research from an environmental assessment of the geothermal areas of Þeistareykir and Gjástykki were also used. A total of 115 samples were collected from the six geothermal areas and the microbial species composition was estimated in 80 of them. The 16S rRNA genes were amplified from DNA from the samples and partially sequenced. The obtained sequences were classified and identified to the species or genus level by comparison to similar sequences in Genbank. The total of 4424 bacterial sequences and 1006 archaeal sequences were analyzed. The distribution of bacterial and archaeal phyla of the samples was investigated and revealed that 16 bacterial phyla were represented in all areas. Also, that the phylum of the primary producers of hot springs - Aquificae - was dominating. Species belonging to β‐ and γ ‐ proteobacteraa and Deinococcus - Thermus were also found in considerable amounts in all areas except Krísuvík. Several bacterial phyla were only found at one or two geothermal areas. Species belonging to Crenarchaeota were found in all six areas, Euryarchaeota were found in Vonarskarð and Þeistareykir, Thaumarchaeota was found in Vonarskarð as well as in the Krafla / Námafjall area and Nanoarchaeota in the Torfajökull area. Calculation of the biodiversity index (H) of microbial species of the six geothermal areas revealed that the index for the Krafla / Námafjall area was highest, then Torfajökull, Vonarskarð, Þeistareykir, Hengill and finally Krísuvík. The estimate of biodiversity based on Rarefaction curves confirmed the results. The estimation of uniqueness of the areas was based on the number of novel species found using ≤96% similarity to closest relative in Genbank as the cutoff value. The total of 74 novel species or genera were found in the samples most of which were only found in one or at most two areas. Most of these were from the Torfajökull area. A considerable number of novel species were also found in Vonarskarð, Námafjall and Þeistareykir. Novel species or genera were also found in the Hengill geothermal area.