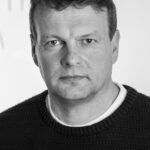 The diversity of microorganisms in the ocean around Iceland is largely unknown, but little or no research has been done to date. In this study, samples of the sea around the country were collected for analysis of microbial concentrations by flow cytometry and their diversity using molecular biological methods. A total of 504 sea samples were collected; 483 samples from the MRI's spring rally, 16 samples from Breiðfjörður and 5 samples were collected north of the Westfjords with specially equipped bottom trawling equipment. From the spring rally, selected samples were further investigated, they came from Selvogsbanki, Siglunes and Langanes as well as each sample west of Látrabjarg and Hornbanki. The microbial concentration was highest in Selvogsbanki, where the total count was about 1.6 million cells / mL of seawater. However, the calculated mean of all samples was 0.68 million cells / mL. The species composition of the microflora was determined by amplification and sequencing of the 16S bacterial gene. A total of 528 sequences were sequenced showing 174 different 16S bacterial sequences in the samples and 52% were found to belong to previously unknown bacterial species. The diversity of the microbial flora was generally high, with the exception of trawl tails. Eight batches of bacteria were detected in the samples to varying degrees. Cyanobacteria and Cyanobacteria-like sequences were predominant in all samples except for the 353-0m sample at Selvogsbanki, where their proportion was only 4%. Alpha and Gamma ‐ protebacteria predominated there. Of the other groups, Flavobacteria was regularly diagnosed together with other groups in a smaller proportion. Differences in the microbial composition of marine samples were assessed using a key factor analysis of the fingerprints of microbial communities obtained using t-RFLP technology. Overall, the main difference was in samples from each sample cycle, ie. from vorralli, Breiðafjörður and the tail of a trawler. The variability within the samples from the spring rally went hand in hand with the sampling point where samples from Selvogsbanki showed greater mutual similarity compared to the samples north of Siglufjörður and west of Iceland which were more different from each other. Data from the fingerprints of microbial communities in different samples showed a correlation between certain variables in the fingerprints of the communities with environmental factors that were measured during the sampling. Temperature had the most to say but also fluorescence and salinity. Vibrio was screened. Paramaemolyticus in warm seawater samples from the south of the country where the sea surface temperature was between 8-10 ° C. No V. parahaemolyticus was detected in these samples. The results of this project can be regarded as an important basis for further research on microorganisms in Icelandic waters. Ongoing research in this field can be of great significance in the long term to assess the impact of foreseeable environmental changes due to global warming on marine life and fish stocks in Icelandic waters.

The diversity of microorganisms in the ocean around Iceland is largely unknown and little or no research has been conducted to date. In this study, seawater samples around the country were gathered for analysis concentration and diversity of microorganisms using flow ‐ cytometry and molecular methods. A total of 504 samples were collected. All samples were analyzed with regards to microbial counts while samples from selected areas were investigated further, from Selvogsbanki, Siglunes and Langanes. Microbial concentrations were highest at Selvogsbanki, where the total counts were around 1.6 million cells / ml. Arithmetic mean of all samples was o.68 million cells / ml. Species composition of microbial flora was determined by amplification and sequencing of the 16S bacterial gene. A total of 528 16S sequences were sequenced, and showed 174 different bacterial sequences. 52% of the sequences belonged to previously unknown bacterial species. Eight divisions of bacteria were detected in the samples. Cyanobacteria and cyanobacteria ‐ like sequences were predominant in all samples except sample 353‐0m in Selvogsbanki where the ratio was only 4% and alpha and gamma‐ proteobacteria were predominant. Of other ranks identified, Flavobacterium were regularly detected along with other less frequent groups. The difference in microbial composition in the sea samples was assessed by principal component analysis of the microbial community fingerprint obtained by t ‐ RFLP technique. Variability within the samples was dependent upon sampling point, samples from Selvogsabanki showed more correlation with other samples from that area - than with samples from Siglunes or the west coast of Iceland that showed more intrinsic diversity. The community fingerprint and changes in the fingerprint shows correlation to changes in environmental factors measured at sampling. Temperature was the most important environmental factor, along with fluorescence and salinity. Samples from the warmer waters off the south coast were screened for Vibrio parahaemolyticus, but none was detected. The results of this project can be seen as an important basis for further studies of microorganisms in Icelandic waters. Continued research in this area can be of great importance for the evaluation environmental change and the effects of global warming on the marine environment and exploitable marine species in Icelandic waters.