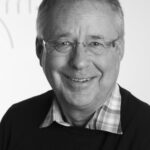 The aim of the project was to obtain information on the amount of mercury and other undesirable trace elements in Þingvallaurrið, taking into account their size and prehistory with human nutrition in mind. That goal also meant that the results should be communicated to the public as well as stakeholders in the Þingvellir area. The study was conducted in collaboration with Matís and Laxfiskar. A total of 43 trout in the size range of 23-98 cm and 0.13‐14 kg were studied. The trout covered by the study were caught in the years 2002-2008. For some of them, information from traditional labels was available. In addition, samples were taken from several fish that had a prehistory that was recorded in detail with measuring instruments in terms of their behavior and environment. The results of these studies on the behavioral ecology of the fish showed that some of them sought to stay by hot springs that flow into Þingvallavatn below Nesjahraun. Biological factors of the fish such as size, age, sex, sexual maturity, etc. were recorded for each individual and samples taken from the flesh and trace elements analyzed. The results of trace element analyzes of the fish's flesh show that there is a considerable probability that fish longer than 60 cm will contain more mercury than is permitted by Icelandic and European regulations (0.5 mg / kg mercury). According to the recommendations of the Food Administration (MAST), which is an official regulator of food in Iceland, it is not permitted to sell fish that contain more than 0.5 mg / kg of mercury. The results of the study showed that there was a strong correlation between the length of the trout and the amount of mercury in it. Biomagnification is the most likely reason for the high concentration of mercury in trout from Þingvallavatn, which usually become rather large and old, as the concentration of mercury increases as it moves up the food chain. Þingvellir trout is at the top of the food chain, where it eats most of its age, mainly char, primarily the brown variety. It is desirable that further research be carried out in this field to get a picture of the origin of mercury in the Þingvellir landslide and the process of its accumulation.

The aim of the project was to study the occurrence and quantity of mercury as well as other undesirable trace elements in brown trout from Lake Thingvallavatn in relation to the fish size and their life history. Public health was the main issue of this study. The aim was also to disseminate the results to the public and all stakeholders. The study was carried out in co ‐ operation of Matis and Salmon and Trout Research (Laxfiskar). In total, 3 brown trout individuals, 23‐98 cm long and weighing 0.13‐14 kg, were examined. The trout were caught during the years 2002 to 2008. Information from conventional tagging studies were available for some of the individuals. For six fish additional detailed results from studies on their behavior and corresponding environment was available, due to use of electronic tags (data storage tags and ultrasonic tags). These studies on the behavioral ecology of the trout showed that some of the individuals preferred areas where hot spring water runs into Lake Thingvallavatn at the Nesjahraun area. Individuals were measured and examined in order to get information on their size, condition and life history. Flesh samples were taken from the fish for trace element analyzes. The results of the study show that there is a positive linear relationship between the mercury concentration and the fish length. These analytical results showed that there is significant probability that fish that is 60 cm in length or larger, can contain mercury in quantity that exceeds the maximum allowed limit according to Icelandic and European regulations (0,5 mg / kg mercury). According to the Icelandic Food and Veterinary Authority (MAST), food products containing mercury in higher concentration than 0,5 mg / kg should not be sold or distributed. Biomagnification is presumed to be the cause for high concentration of mercury in the bigger and older brown trout from Lake Thingvallavatn as the results show that brown trout is a top predator in Lake Thingvallavatn and feeds mainly on charr (Salvelinus alpinus L.), especially the pelagic morph murta. Further research is needed on the origin of mercury in brown trout in Lake Thingvallavatn and on the route of the corresponding biomagnifications in the food chain of the lake.