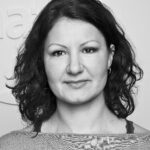 In 2003, at the initiative of the Ministry of Fisheries, monitoring of undesirable substances in marine products began, both products intended for human consumption and products for the fish oil and flour industry. The purpose of the monitoring is to assess the condition of Icelandic marine products with regard to the amount of contaminants. The data collected in the monitoring project will also be used in risk assessment and to build up a database on contaminants in the Icelandic ecosystem. Coverage of contaminants in marine products, both in the mainstream media and in scientific journals, has many times demanded the response of the Icelandic government. It is necessary to have scientific results available that demonstrate the actual condition of Icelandic seafood in order to prevent damage that may result from such coverage. Furthermore, the limits of contaminants are under constant review and it is important for Icelanders to participate in such a review and support their case with scientific data. This shows the importance of regular monitoring and that Iceland conducts independent research on such an important issue as marine product pollution. This report is a summary of the results of the monitoring in 2008. Assessment of the state of Icelandic marine products with regard to contaminants is a long-term project and will only be carried out through continuous monitoring. Every year, the missing data is carefully reviewed and the aim is to fill in the blanks. In 2008, the following were measured: dioxins, dioxin-like PCBs and PCB substances, PBDEs, PAHs as well as ten different types of pesticides, in marine products intended for human consumption as well as products for the fish oil and flour industries. A special effort was made to measure PBDE and PAH substances in 2008 and very few of these substances were measured in Icelandic seafood. As before, a small amount of undesirable substances was generally measured in Icelandic seafood in 2008. Oil and flour made from blue whiting, however, tend to be close to or exceed the permitted limits for certain substances.

This project was started in 2003 at the request of the Icelandic Ministry of Fisheries and Agriculture. Until then, monitoring of undesirable substances in the edible portion of marine catches had been rather limited in Iceland. The purpose of the project is to gather information and evaluate the status of Icelandic seafood products in terms of undesirable substances. The information will also be utilized for a risk assessment and gathering of reference data. This report summarizes the results obtained in 2008 for the monitoring of various undesirable substances in the edible part of marine catches, fish meal and fish oil for feed. The monitoring began in 2003 and has now been carried out for five consecutive years. The evaluation of the status of the Icelandic seafood products in terms of undesirable substances is a long term project which can only be reached through continuous monitoring. For this reason, we carefully select which undesirable substances are measured in the various seafood samples each year with the aim to fill in the gaps in the available data over couple of year time. In 2008, data was collected on dioxins, dioxin-like PCBs, marker PCBs, ten different types of pesticides, PBDEs and PAHs in the edible part of fish, fish liver, fish oil and meal for feed. Samples collected in 2008 generally contained low concentrations of undesirable substances. These results are in agreement with our previous results obtained in monitoring programs 2003-2007. This year (2008) special emphasis was placed on gathering information on PBDE and PAHs and the results reveal that these compounds are in very low amounts in fish and fish products and most PAHs are actually below detection limits. Blue whiting meal and oil can contain undesirable substances in concentration close to or exceeding the maximum level set by the EU.