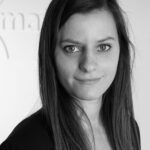 The initial handling of marine fish on board fishing vessels is crucial to retain freshness and ensure an extended shelf life of the resulting fresh products. Here the effect of onboard chitosan treatment of whole, gutted Atlantic cod (Gadus morhua) was studied by evaluating the quality and shelf life of loins processed six days post-catch and packaged in air or modified atmosphere (% CO2/ O2/ N2: 55/5/40) and stored superchilled for 11 and 16 days, respectively. Sensory evaluation did not reveal a clear effect of chitosan treatment on sensory characteristics, length of freshness period or shelf life of loins under either packaging conditions throughout the storage period. However, directly after loin processing, microbiological analysis of loins showed that onboard chitosan treatment led to significantly lower total viable counts as well as lower counts of specific spoilage organisms (SSO), such as H2S-producers and Pseudomonas spp., compared to the untreated group. In addition, the culture-independent approach revealed a lower bacterial diversity in the chitosan-treated groups compared to the untreated groups, independently of packaging method. Partial 16S rRNA gene sequences belonging to Photobacterium dominated all sample groups, indicating that this genus was likely the main contributor to the spoilage process.

This report is a summary of three shelf life experiments in which seafood was treated with different chitosan solutions, either on board a fishing vessel (with shrimp and cod) or after slaughter and pre-processing of farmed salmon. This is a continuation of Matís 'report 41-12 where chitosan solutions were developed and tested on different fish products at Matís' experimental stage. The purpose of this project was to confirm the possibility of chitosan treatment of seafood in the fishing industry. The results show that the concentration of chitosan solutions and the storage temperature of seafood affect the antimicrobial activity and the deterioration of the quality of the fish products. Solutions A and B had limited activity in whole shrimp (0-1 ° C), but slower color changes occurred as the shell took on a black color. Treatment of salmon (1.4 ° C) and cod (-0.2 ° C) with solutions C and D significantly slowed the growth of erythrocytes during the first 6 days, leading to a prolongation of the freshwater phase. The storage temperature of cod fish affected the effectiveness of the solutions. When cod (2-3 ° C) was stored in worse conditions and filleted 6 days after treatment, there was a slightly lower microbial load on the fillets at the beginning of the storage period, which resulted in a slight improvement in the quality of the products. Better storage conditions are necessary to limit the effectiveness of chitosan treatment.

This report evaluates the efficiency of different chitosan treatments (A, B, C, D) when used by fishery companies, aiming to reduce seafood surface contamination and promote enhanced quality of fishery products: whole cod, shrimp and farmed salmon. The alkaline conditions establishing in chilled raw shrimp during storage (0-1 ° C) is the probable cause for no benefits of chitosan treatments A and B used shortly after catch, except for the slower blackening of head and shell observed compared to the control group . On the other hand, salmon treatments C and D were most effective in significantly reducing skin bacterial load up to 6 days post-treatment (1.4 ° C) which inevitably contributed to the extended freshness period (by 4 days) and shelf life observed. Similarly, freshness extension and delayed bacterial growth on skin was evidenced after 6 days of storage in whole cod (-0.2 ° C) treated with solution D. For cod stored at higher temperature (2-3 ° C) and processed into loins on days 3 and 6 posttreatment, a slower microbial deterioration was observed only during early storage of loins. The contribution of chitosan treatments to sensory quality enhancement was not clearly demonstrated in these products. Based on the findings, better chilling conditions should contribute to an enhanced effect of chitosan skin treatment towards quality maintenance.

Evaluation of antibacterial and antioxidant properties of different chitosan products

In this study, the bactericidal and antioxidant properties of twelve different chitosan substances from Primex ehf. The effect of viscosity / molecular weight (150-360 KDa) and the degree of deacetylation (A = 77‐78%; B = 83‐88%; C = 96‐100%) on the activity of the substances were assessed. The effect of pH (6 and 6.5) and temperature (7 and 17 ° C) on bactericidal activity was also examined. Antioxidant activity was assessed by four methods: oxygen radical absorbance capacity (ORAC), ferrous ion chelating ability, reducing power and DPPH radical scavenging ability. Variable antioxidant activity was found in different chitosan substances. A1 had the highest but actually slight reducing and binding properties, while B3 and B4 had the highest ORAC values. Chitosans with 96-100% deacetylation had the highest in vitro antioxidant activity, regardless of their molecular weight. Similarly, the bactericidal activity of the chitosan substances varied among the bacterial species studied, in addition to which the pH and temperature effects were different. However, some chitosan substances were found to work well on all bacterial species, eg A3 ‐ B2 ‐ B3 ‐ C1.

This report evaluates twelve different types of chitosan products manufactured by Primex ehf and tested for their antibacterial and antioxidant properties in a suitable carrier solution. This study examined the effect of viscosity / molecular weight (150‐360 KDa) and degree of deacetylation (A = 77‐78%; B = 83‐88%; C = 96‐100%) on the properties evaluated, as well as the influence of pH (6 and 6.5) and temperature (7 and 17 ° C) on the antibacterial activity of the chitosan products. The antioxidant activity was evaluated using four assays: oxygen radical absorbance capacity (ORAC), ferrous ion chelating ability, reducing power and DPPH radical scavenging ability. The different chitosan products had different antioxidant properties. A1 had both some reducing and chelating ability, while B3 and B4 had some oxygen radical absorbance capacity. The radical scavenging ability of high DDA (96‐100%) chitosan products was emphasized. Similarly, the antibacterial activity of the different chitosan solutions differed among the bacterial species evaluated as well as pH and temperature conditions. Nevertheless, some products demonstrated antibacterial activity towards all strains tested: mainly A3 ‐ B2 ‐ B3 ‐ C1.