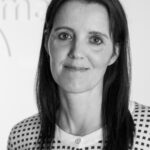 The aim of the project was to set up a simple DNA analysis method to detect the parasite Ichthyophonus hoferi in infected fish and to check if there is a difference between the parasite found in herring and plaice in Iceland. The intention was also to investigate whether I. hoferi was found in cod that had eaten infected herring, both fresh and salted fish. The objectives of the project were achieved, but the method development was more extensive than expected in the application. In this project, technology was developed for the genetic analysis of the Ihoferi infection in herring and plaice in Iceland. Methods based on conventional PCR and sequencing were tested and developed, in fact time PCR but also genetic analysis with the size analysis of the 18S mark, but to the best of our knowledge, the latter two methods have not been used before to analyze the I. hoferi. The method can be used both to diagnose infection in blood-rich organs such as the heart and kidneys but also in infected flesh. The cod could not be detected in cod. In the future, the method can be used for further research into the infection to try to shed light on the extent and extent of the infection and to try to identify the origin of the infection by applying the method to the different food types of herring.

The goal of the project was to develop a genetic analysis method to diagnose if the parasite Ichthyophonus hoferi was found in herring and other fish species. Furthermore, to determine if the same parasite species was infecting herring and infecting European plaice (Pleuronectes platessa) in Icelandic waters. Another goal was to analyze if I. hoferi could be found in cod (Gadus morhua) either salted or fresh which had been caught from infected herring areas during 2009. The goal of the project was reached and four different genetic methods were tested and all were successful. Conventional PCR technique as well as sequencing was used in the project. Real-time PCR and genotyping on ABI3730 sequencing machine were also developed successfully. The most sensitive technique is the last one (genotyping on ABI3730). The last two methods have not been published to our knowledge in this purpose. We detected I. hoferi parasite both in hearts, kidneys and fresh fillets of the fish. The parasite could not be detected in cod. In future studies, these techniques may be used for research of the origin of the parasite in the herring feed and to determine the distribution of the parasite.