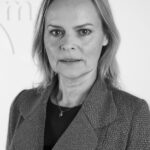 Courses in the use of forecasting programs in the fisheries sector: SSS (Seafood Spoilage and Safety) Prediction version 3.1 2009 (http://sssp.dtuaqua.dk/), Combase (www.combase.cc) and Pathogen Modeling programs (http: // pmp .arserrc.gov/PMPOnline.aspx). The teacher is Dr. Paw Dalgaard from the Technical University of Denmark (DTU) and the teaching is in English. The program is useful for scientists, authorities and industry in the fisheries sector.

Workshop on the practical use of computer software to manage seafood quality and safety. It includes presentations and hands-on computer exercises to demonstrate how available software can be used by industry, authorities and scientists within the seafood sector. Examples with fresh fish, shellfish and ready-to-eat seafood (smoked and marinated products) are included in the workshop. Special attention is given to: (i) the effect of storage temperature and modified atmosphere packing on shelf-life and (ii) management of Listeria monocytogens according to existing EU regulations (EC 2073/2005 and EC 1441/2007) and new guidelines from the Codex Alimentarius Commission. The presentations included in the workshop are given in English by Paw Dalgaard from the Technical University of Denmark. Participants will use their own laptop computers for the PC-exercises included in the workshop. Instruction for download of freeware will be mailed to the participants prior to the start of the workshop.