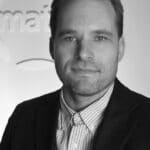 There is a great benefit in improved control of the value chain of exports of fresh fish knuckles for distribution in retail chains in the UK. Improved packaging methods could increase the shelf life of a product, which is fundamental to this business. With an airtight container, it would be possible to transport the product in a sludge tank with a low temperature (down to -1 ° C), which would both reduce the transport cost significantly and could also extend the shelf life of the product. The method also provides the option of packaging with consumer information, which makes further packaging abroad unnecessary. In air transport, it would be possible to pack all goods in a 12 kg foam box instead of 3 kg, as is most common today, thus saving significant transport costs. Temperature measurements, sensory evaluation, chemical and microbial measurements and life cycle analysis were used to compare different packaging solutions for sea and air transport. Fresh haddock pieces in vacuum-packed containers in a container with slush ice, which were stored at a typical temperature in container transport, turned out to have a shelf life of 3-4 days longer than the other experimental groups, probably mainly due to better temperature control. Consistency between the results of sensory evaluation and microbiological measurements was generally good. The lowest environmental impact of all groups was the pot group with sea-transported, vacuum-packed packaging, but this design could be further improved with regard to the mixing of the ice scraper and fish temperature control and thus the shelf life.

The aim of the project was to compare alternative packaging methods of fresh fish loins to the traditional packaging. Comparison was made between packages in terms of temperature control and product storage life by simulating air and sea transport from Iceland to UK in air climate chambers. The evaluation was made by the sensory panel and microbialand chemical analysis by the Matís laboratory in Reykjavík. Furthermore, the environmental impact of the aforementioned transport modes and packaging methods was assessed by means of LCA (Life Cycle Assessment). About 70–75% of Iceland's exports of fresh fillets and loins are transported by air and the rest by container ships. Increased knowledge on the advantages and disadvantages of the packages used for this fresh fish export will facilitate the selection of packages and improve the quality and storage life of the products. By using vacuum-packaging it is possible to use 12 kg packages in air freight instead of the traditional 3– 5 kg packages; but the market is increasingly demanding smaller individual packages. Sea transported larger packages use less space in shipping, lowering freight cost and environmental impact. Vacuum packed haddock loins immersed in slurry ice in a fish tub stored at sea transport temperature conditions proved to have a 3–4 day longer storage life than all the other experimental groups, probably mainly because of better temperature control. Good agreement was obtained between the sensory- and microbial evaluation. Finally, the sea transport-tub-group was found to be the most environmentally friendly and could be improved with regard to product temperature control and thereby storage life.

The aim of the experiments was to investigate how well two types of foam boxes protect cod neck pieces from the typical heat load in an air transport chain from a producer in northern Iceland to a buyer in Europe. Temperature measurements, sensory evaluation, chemical and microbial measurements were used to compare the foam boxes and examine the importance of the location of fillet pieces within the box (corner and center). Finally, the shelf life of neck pieces subjected to typical air transport temperature load was compared to the shelf life of neck pieces with stable -1 ° C storage, which is a viable option for container transport by ship. The new foam box, designed with the FLUENT heat transfer model, proved to be better than the older box in terms of thermal insulation. The temperature load on the first day of the experiment caused the highest product temperature in the corners to rise to 5.4 ° C in the older model but only to 4.5 ° C in the new model. The difference between the highest product temperature in the middle and the corners of the box was about 2 to 3 ° C. Sensory evaluation showed that storage in the new foam box led to a two to three day longer freshness period and one to two days longer shelf life with regard to storage in the older foam box. However, the differences between the boxes were not confirmed by chemical and microbial measurements. Position within the box (angle and center) did not significantly affect sensory evaluation results and there was only a small difference between placements in TVB-N and TMA measurements. Simulation of air and sea transport (temperature fluctuations and constant temperature) revealed that for well-cooled cod necks, one can expect one to five days longer freshness period and about three to five days longer shelf life in well-controlled sea transport compared to a typical air transport process from the North. As sea transport from Iceland often takes about four to five days longer than air transport (depending on, among other things, the day of the week and the location of the processing), this shows that sea transport is a viable option for Icelandic fresh fish producers. With the use of the new foam boxes in air transport, however, the fish will have a longer freshness period when it comes into the hands of buyers abroad than in shipping.

In the previous version of the report, it was not considered clear enough that the environmental temperature trajectory that was to be simulated by sea transport was in fact based on more or less the best possible conditions in the sea transport chains of fresh fish products from Iceland. Temperature measurements in the cooling projects The simulation of cooling processes and Chill-on have shown that domestic transport is often accompanied by an undesirable temperature load for several hours. whether it is air or sea transport chains. This heat load was taken into account in the case of the airline chain and not the maritime transport chain in the first edition of the report. Most emphasis was on the length of shelf life in the previous edition of the report, but a discussion on the period of freshness is added in its new edition.

The aim of the study was to investigate the performance of two different types of EPS boxes in protecting pre-chilled, fresh fish products subject to temperature conditions, which are likely to occur during air- and land based, multimodal transport from a processor in North -Iceland to a wholesaler in Europe. The performance of the EPS boxes was evaluated by means of temperature monitoring, chemical- and microbial measurements and finally sensory evaluation. Furthermore, effect of fillet positions inside the wholesale fish packages (corner vs. middle) were investigated by means of the aforementioned methods. Finally, the shelf life of the air-transported simulation fish loins was compared to the shelf life of fish loins stored at around -1 ° C, which can be achieved during non-interrupted and well temperature-controlled, containerized sea transport. The new box, designed with a numerical FLUENT heat transfer model, proved to be better with regard to thermal insulation than the old box. The thermal load during the first day of the experiment caused the maximum product temperatures in the bottom corners of the top and second top to rise to 5.4 ° C and 4.5 ° C for the original and new boxes, respectively. The maximum temperature in the middle of the boxes was around 2 to 3 ° C lower than the maximum temperature in the bottom corners. According to sensory evaluation, storage in the new boxes resulted in approximately two to three days longer freshness period and one to two days longer shelf life than storage in the old boxes. The difference between the two box types is not as clear with regard to chemical and microbial measurements.

The sampling location (corner versus middle), did not significantly affect the sensory quality and only minor differences were noticed in TVB-N and TMA between sampling locations in the new box. Comparing the steady and dynamic storage in the old boxes it can be concluded that the increased freshness period (around 1-5 days) and shelf life (around 3-5 days) at steady temperature could compensate for the longer transport time by sea instead of air freight. This makes containerized sea transport a worthy choice for Icelandic fresh fish manufacturers depending on the week day and location of processing. However, for maximum remaining freshness period at the time of delivery to the buyer in Europe the results showed that air transport with the new boxes is the more advantageous transport mode relying on shorter transport time and improved thermal protection of the new boxes.