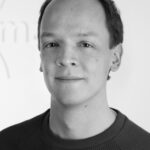 CRISPR-Cas technology launched a biotech revolution a few years ago. With technology, genetic modification can be performed easily and quickly in the cells of most organisms. However, the technology did not cover high-temperature organisms due to the fact that the original version of the CRISPR-Cas "tool" was based on enzymes that lose their activity at high temperatures. The goal of ThermoTools is to develop a CRISPR-Cas system for the genetic modification of thermophilic microorganisms used for basic and functional research: Thermus thermophilus, Rhodothermus marinus, Thermoanaerobacterium AK17.

Microorganisms are used for various types of industrial chemical production. They are grown on a large scale (tens or hundreds of liters) and the substances formed during their growth are isolated. Their products include biofuels (eg ethanol and methane), organic solvents (eg acetone and butanol), medicines (eg antibiotics), enzymes (used in detergents, cheese making and baking), vitamins and dyes (eg astaxanthin).

The project is still in progress, but a thermosetting CRISPR-Cas9 system has already been designed and verified that the system can be used to genetically modify organisms living at at least 65 ° C.

The first results of the project were recently published in a scientific article in the journal Scientific Reports but it can be read in its entirety here: Efficient genome editing of an extreme thermophile, Thermus thermophilus, using a thermostable Cas9 variant. The results have also been announced Genome Engineering: CRISPR Frontiers the conference. It was a conference organized by Cold Spring Harbor Laboratories, organized by Jennifer Doudna, who won the Nobel Prize for her research on CRISPR Cas systems in 2020.

Work will also be done on adapting the system to genetic modification in more organisms.