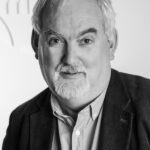 The effect of grazing on angelica on volatile substances, fatty acids, odor and taste of heated lamb was studied. 18 lambs were divided into three equal groups. One was on a traditional pasture, another was 3 weeks and a third 6 weeks before slaughter on a pasture where angelica was predominant. The lambs were 120-140 days old at slaughter. A graphical test, Quantitative Descriptive Analysis (QDA) was used to describe the sensory properties of heated vertebral muscle with surface fat. Volatile fragrances were isolated from aggregate vertebral muscle samples with fat from all three groups and measured on a gas mass spectrometer (GC-MS) to obtain the mass spectra of the substances and thus identify them. Gas chromatography olfactometry (GC-O), based on the odor of substances as they emerge from the gas column, was used to identify odoriferous substances which may be in very small quantities but produce characteristic odors. Fatty acids were measured by gas analysis. The statistical method ANOVA (GLM - General Linear Model) and Duncan`s tests were used to analyze whether experimental groups differed in terms of sensory assessment factors and odorants. Experimental group sensory symptoms were examined by Principal Component Analysis (PCA). The partial least square regression analysis (PLSR) was performed. The model had volatile substances and fatty acids as control variables (X-variables) and statistically significant sensory evaluation factors as response variables (Y-variables). Most of the variability in sensory evaluation results could be explained by whether or not the lambs were on angelica. The meat of lamb angelica had a spicy odor and spice flavor associated with high levels of αpinene, β-phellandrene and octanal and C18: 1 and C18: 2 fatty acids but lamb meat on a traditional pasture had a lamb and wool odor and generally stronger odor and flavor associated with 2-butanone, 3-methyl-3-buten-1-ol and 3-hydroxy-2-butanone and saturated fatty acids. The time spent on angelica explained only the 4.6% variability. The results indicate that special terpenoids i.e. β-phellandrene and α-pinene are characteristic of the meat of lambs that have been on angelica. The results of the project strongly suggest that grazing angelica in the last weeks before slaughter changes the taste of lamb. The study confirms that angelica meat is unique. This feature can then be used in the marketing of the meat.

The influence of finishing traditional grazing lambs on fields of Angelica archangelica on volatile compounds, fatty acids and odor and flavor of cooked meat was studied. 18 lambs were divided into 3 equal groups. One grazing on traditional grassland pasture, one grazing for 3 weeks and one grazing for 6 weeks on Angelica pasture. The lambs were slaughtered at the age of 120-140 days. Quantitative Descriptive Analysis (QDA) was used to describe the sensory attributes of cooked loins with subcutaneous fat. Gas chromatography-mass spectrometry (GC-MS) and gas chromatography olfactometry (GC-O) were used to identify volatile compounds and describe their odors. Fatty acids were analyzed by gas chromatography (GC). Analysis of variance was used to study the influence of treatments on sensory attributes. Relationship between sensory attributes, volatiles and fatty acids was studied using principal component analysis (PCA) and Partial Least Square Regression (PLSR). Most part of the variation in sensory data (95.4%) was explained by the grazing or not grazing on Angelica. Meat of lambs that grazed on Angelica had spicy odor and flavor that correlated with high amount of α-pinene, β-phellandrene and octanal and C18: 1 and C18: 2 fatty acids while the meat of the control lambs that continued to graze on pasture had lamb meat and wooly odors and generally stronger odors and taste that correlated with high amounts of 2-butanone, 3-methyl-3-buten-1-ol and 3-hydroxy-2-butanone together with saturated fatty acids. Only small part of the variation (4.6%) was explained by how long the lambs grazed on Angelica. The results indicate that specific terpenoids, eg βphellandrene and α-pinene can be used as indicators of Angelica pasture. The results strongly indicate that grazing traditional grass pasture lambs on Angelica fields changes the flavor of the meat. The study confirms that the Angelica meat is unique and this can be used in the marketing of the meat.

Assessment of slaughter in sheep slaughterhouses in the autumn of 2008

The Annual General Meeting of the National Association of Sheep Farmers decided in April 2008 that a detailed assessment will be made of the treatment of lamb at slaughter, especially during killing and cooling. An explanatory memorandum to the resolution stated: "The meeting considers it necessary to examine the possible effects of these two factors on the quality of the meat. When the animal is killed by electricity, there is a risk that the carcasses will not be able to bleed sufficiently and there is a risk of cooling hardening with too rapid cooling or freezing. Matís ohf. carried out an assessment of the above factors in the autumn of 2008 where the killing and cooling processes in 6 slaughterhouses were examined, of which one house was visited twice. Monitor the killing of 100 carcasses in each house to see procedures and take out facilities. The acidity and temperature of the carcass were measured regularly as well as the temperature in the slaughterhouses of the slaughterhouses. Carcasses taken in this study followed jogging through the normal process of action in each slaughterhouse, but before freezing, the backbone was removed and frozen. Vertebral muscles were then used in texture measurements to see different gravitational processes between slaughterhouses on the meat of the meat. The results show that the killing method affects the death stiffening process. It was much further in the carcasses of lambs in houses that use the "head-back" method than in houses that had a head clip. Cooling time is clearly too short in some houses. Thus the freezing temperature was highest as it was shortest and well above 6.0 in the house where it was only 4 hours. The viscosity of the meat was lowest in the vertebral carcasses from the slaughterhouse, where the head-back killing method was used, electrical stimulation was used and extensive and long cooling ensured that the meat was almost completely tenderized.

At annual general meeting of sheep farmers association in 2008 was concluded that a general observation ought to take place on treatment of lamb meat at slaughterhouses, particularly at electrocute step and the cooling phase. The aim was to see the influence of these factors on meat quality. Matis ohf. visited 6 slaughterhouses in autumn 2008. The results showed that the electrocution method affected the pH of carcasses. In some slaughterhouses the cooling phase was too short and therefore the pH was too high in carcasses when they were frozen. The tenderest meat came from the slaughterhouse where the meat was electrically stimulated and there was a long cooling paste. 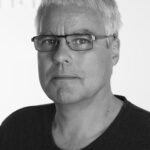