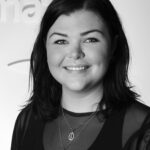 Measurements of the characteristics of foal meat

Domestic horsemeat sales are only about half of production, and while meat consumption is growing with increased economic growth, this does not apply to horsemeat. Horses are generally not bred specifically for meat production, but the meat is a by-product of equestrian breeding and drug production from mare's blood. The popularity of equestrianism and the production of medicines are unlikely to decline in the next few years, so there is every reason to make horsemeat high and thus prevent further marketing problems in the future. Horse meat has been in a marketing campaign abroad in recent months, especially in Asia, but information is lacking about its characteristics. The main goal of the project was to gather and disseminate information that supports and facilitates the way of marketing and sales of horsemeat. Products from three foals slaughtered on 03.12.18 were examined. Thermostat was placed in the refrigerator and in the innermost muscles of the body. Acid syringes were inserted into their spinal muscles after slaughter. All carcasses were deboned in the slaughterhouse at Hella and weighed according to the division into muscle, processing material, bones and fat. Each muscle was divided into 4 parts. The first was in color measurement, the second in chemical measurement, the third in sensory evaluation and the fourth in surgical measurement and measurement of southern shrinkage. In addition, samples were sent for analysis of bacterial counts as well as Listeria bacteria. It took about 17 hours for acidity to fall into the spinal muscles after slaughter and it took about 24 hours in the refrigerator after slaughter for the carcass to reach a perfect ambient temperature at 5 ° C. Measurements on cooked muscle confirm that foal meat is tender meat. Sequence of increasing surgical force (viscosity) is: Puffs <ball steak <arch muscle <hip stitch <thigh tongue <vertebral muscle <lump <outer thigh <brisket <inner thigh muscle. Southern atrophy during cooking was about 25%. Listeria moinocytogenes was never measured and all samples were below microbial criteria. Flavor was generally low or not measurable but increases proportionally more with increasing intramuscular fat as it lasts during storage. According to color measurements, foal meat is similarly light but slightly redder and yellower than lamb and there was a nuance difference between the muscles. After 14 days of storage, the meat became slightly redder / yellower. Muscles used as whole muscle by carcass are only 34.7% of total dead weight. The raw material is 28.9%, which tells us that the proportion of what is normally used by the drop weight is 63.6%. Horse meat has everything to offer in order to be sold as a high-quality meat product, and there should be nothing to prevent it from making better use of this valuable resource.

The main objective was to gather and disseminate information that will support marketing of equine meat. Meat and offals from three foals were analyzed. Temperature was monitored in chiller and carcasses after slaughter and pH loggers were placed in the loin muscle (m. Longissimus dorsi). Yield was measured by cutting the carcasses into muscles, triminngs, fat and bone the day after slaughter. Each muscle was cut into 4 parts.The first was used for measuring CIELAB L, a, b * color. The second was analyzed for nutritional value. The third was cooked and analyzed for sensory properties and the fourth cooked and analyzed for Warner Bratzler shear force and cooking loss. In addition, samples were submitted for analysis of bacterial numbers as well as Listeria bacteria. It took about 17 hours for the pH to drop in the loin muscles after slaughter and it took about 24 hours for the carcasses to reach chiller temperature of 5 ° C. Shear force analysis confirmed the tenderness of foal meat. Cooking loss was about 25%. Listeria monocytogenes was not detected, and all samples were within acceptable limits for microbial counts. Generally, rancid flavor was little or not detected but increased proportionally with increasing intramuscular fat and storage time. Foal meat is similar to or lighter but more reddish and yellow than lamb met and there are slight differences between muscles. After 14 days of storage, the meat became slightly redder / yellower. Whole muscles were only 34.7% of carcass weight. Meat trimmings were 28.9%. The total yield was therefore 63.5%. Foal meat is a high-quality meat product and there are opportunities to market as such, and also to develop new products from the trimmings.